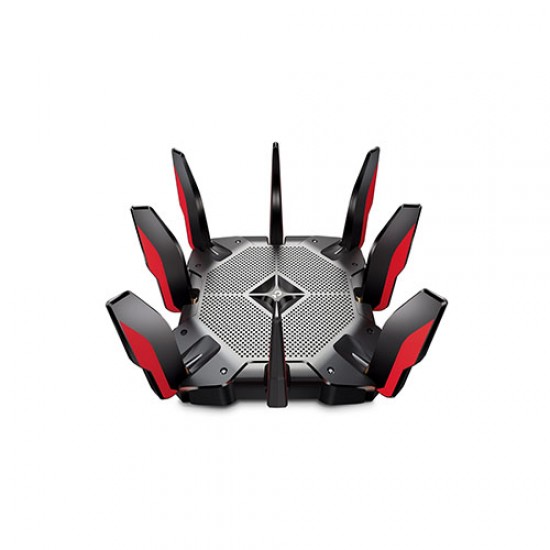 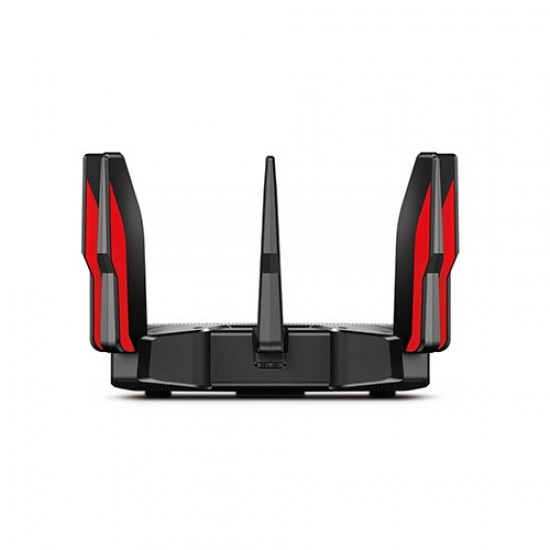 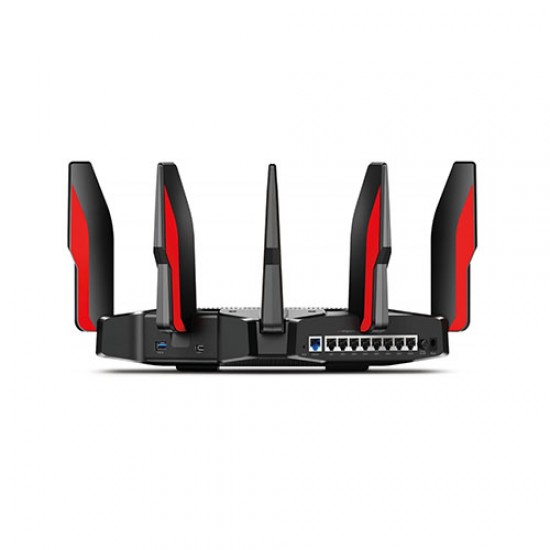 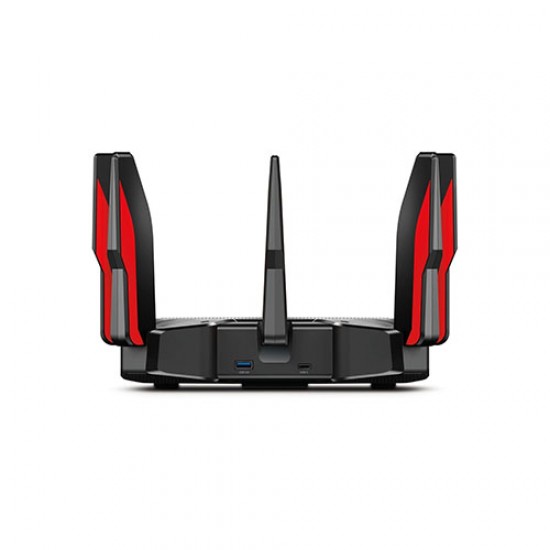 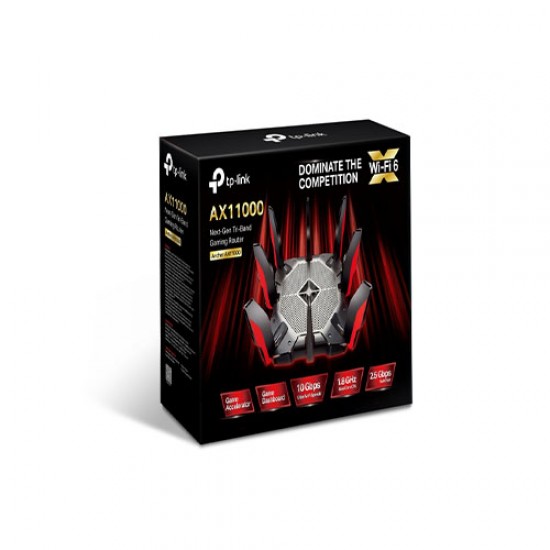 The ASUS RT-AX88U is a tri-band WiFi 6 gaming router is designed to provide the ultimate gaming experience. It has a maximum throughput of 11000Mbps, providing extremely fast and stable internet speeds for multiple devices, including gaming consoles and PCs. It is built with WiFi 6 technology, which is designed to handle more devices and provide faster speeds, even in areas with heavy network congestion. It also has OFDMA (Orthogonal Frequency Division Multiple Access) technology that allows it to allocate bandwidth more efficiently, resulting in faster internet speeds and lower latency. Additionally, it has a built-in AI-Protection, which is designed to keep your network and devices secure from cyber-attacks. It also has parental controls, and it allows you to set up a guest network. The router is equipped with a 1.8GHz quad-core CPU and has a gaming port that prioritizes internet traffic for gaming devices. The router's design is modern and sleek, and it can be placed on a desktop or wall-mounted.

The ASUS RT-AX88U is a sleek and modern design router that can be placed on a desktop or wall-mounted. It has a black color option. The router has multiple antennas for better signal coverage and a LED indicator on the front which shows the status of the router. The router also has multiple ports, such as the Gigabit Ethernet ports and USB ports, located on the back of the device. You can check the official website of the manufacturer or the retail website to get a clear view of the router. 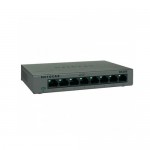 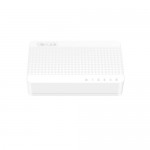 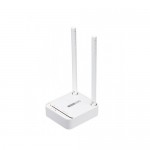 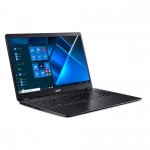 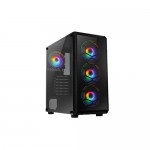 What is the price of ASUS Ultimate AX11000 Tri-band WiFi6 Gaming Router in Bangladesh?