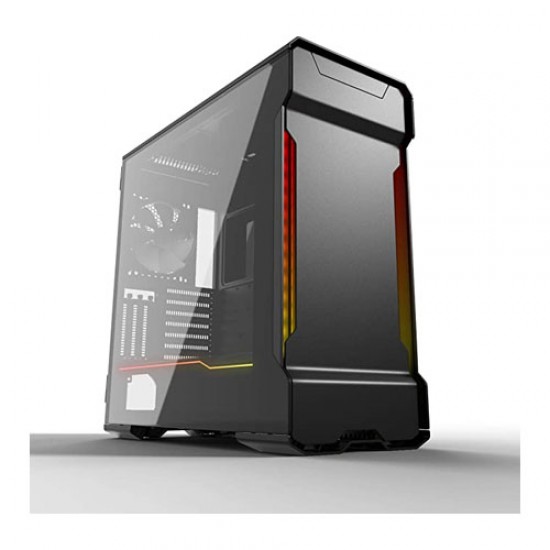 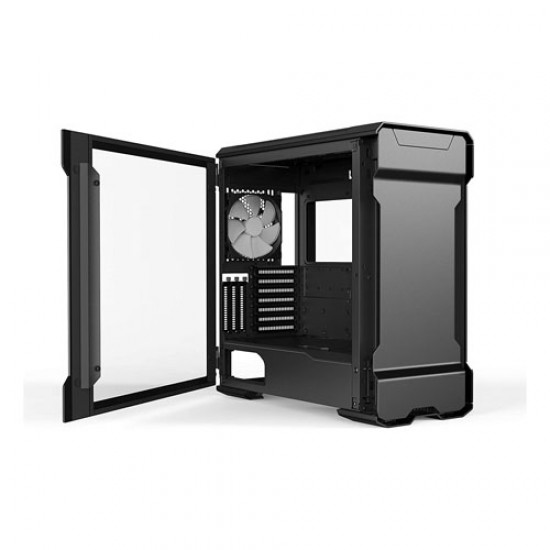 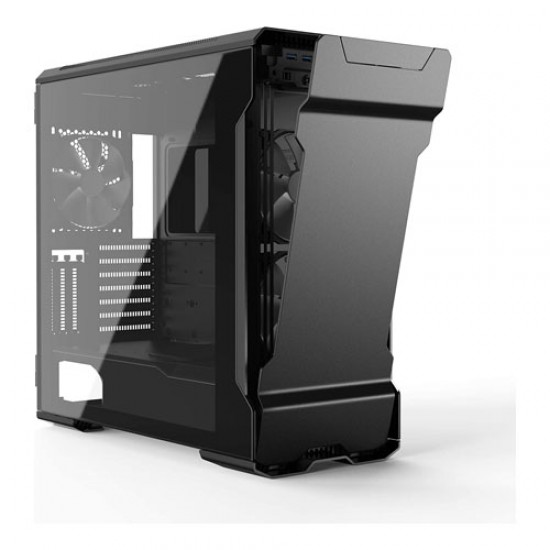 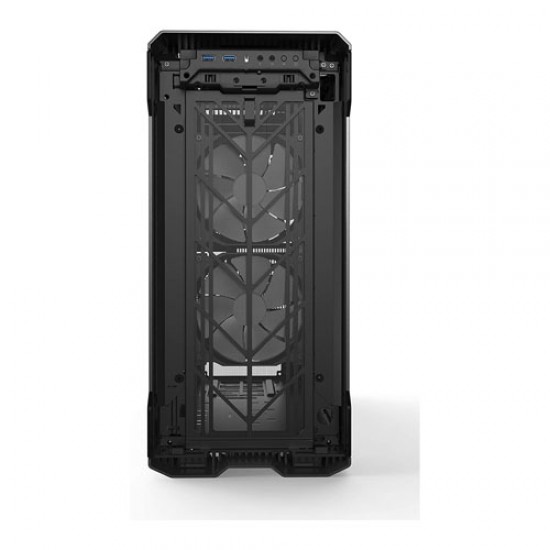 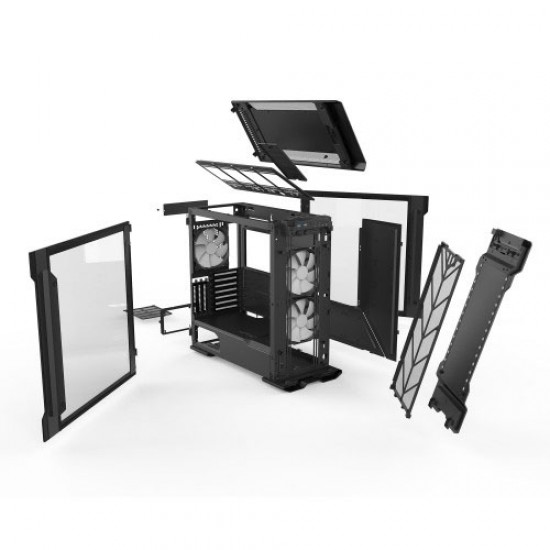 The Phanteks Enthoo Evolv X is a behemoth of steel, aluminium and tempered glass! The Enthoo Evolv series Midi-Tower is a fusion of design and functionality that offers impressive integrated addressable RGB-LED lighting, optimised airflow and space for the simultaneous installation of two triple-radiators. The Enthoo Evolv X is an enthusiast-grade case of the highest quality - packed with an abundance of small, refined innovations that help to make the tower into one of the best in its price range.

The Phanteks Enthoo Evolv X Midi-Tower offers plenty of space for hardware and can hold, for example, graphics cards up to 435 mm long. Furthermore these cards can be installed either horizontally or vertically. For the vertical installation of a graphics card, the housing offers three slot covers, meaning that the graphics card can be mounted with enough space to the side while there is still space behind the graphics card for other expansion cards. The tower is conceived and designed for motherboards up to the E-ATX standard in size and, in terms of cooling, supports large CPU coolers up to 190 mm in height as well as water cooling options. Up to two 360 mm radiators can be installed simultaneously in this premium case in the front or roof. In the front, a radiator up to 420 mm in size can be mounted. Thus the case is perfectly designed from the ground up for AiO- and custom water cooling hardware. The Dutch case manufacturer has included some particularly interesting solutions for custom water cooling. As such the radiator in the roof can equally be installed via the outside of the tower using a removable bracket, which also conveniently includes attachments and guides for cable management. An additional highlight of this case lies in the cut-outs for the fill ports in the roof as well as drain ports. Those who prefer to cool their system in the traditional manner with air cooling will benefit from the thoughtful inclusion of air intakes in the front as well as large mesh inlets in the case's roof. Of course water cooled systems will also benefit from these additions. Up to nine fans can be controlled via the PWM fan hub. The case includes three pre-installed 140 mm fans as standard, two of which are in the front with one in the back. A total of three 120 mm fans can be mounted in the front and the top, while the rear can accommodate a 120 or 140 mm fan. Three 140 mm fans can even be installed in the front, while the top can support two 140 mm fans. The radiator support is as follows: a maximum of a 420 mm radiator (3x 140 mm) or a 360 mm radiator (3x 120 mm) can be installed in the front, while a 280 or 360 mm radiator will fit into the top of the case.

The distinctive design elements of the Enthoo Evolv series are also retained in the Evolv X and are complemented by colourful lighting effects. Addressable digital RGB-LEDs illuminate the area behind the front cover as well as the PSU shroud of this medium-sized tower. The LEDs can either be controlled via the front panel (Color Mode, Cycling) or via software using the motherboard. ASUS Aura Sync (addressable) and MSI Mystic Light Sync Rainbow are supported. The tempered glass side panels are held on by two hinges and can be fixed from the inside via the front using the thumbscrews. The edges of the glass doors have a rubber coating that seals the side of the case, improving case airflow significantly. To further optimise airflow, the air inlets in the front and the exhaust air outlets in the cover have both been enlarged. The redesigned PSU shroud also has a cut-out through which users can view their power supply. At the same time, an RGB-LED strip as well as a removable cable guide are both built into the PSU shroud. Beside the motherboard tray there are also cable ducts which can be increased or reduced in size using removable covers. Behind the motherboard, cables can be managed with the help of Velcro fasteners. The cables are also hidden by two covers to ensure that no cables can be seen through the side panel. Only the back of the motherboard and the "Drop'n'Lock" mechanisms for three optional SSD mounts can be seen. The covers not only hide the cables, but also accommodate three SSDs each, meaning that a total of up to nine SSDs can be mounted behind the motherboard.

Up to nine SSDs can be mounted in the Phanteks Enthoo Evolv X, while three 2,5" drives can be mounted to the cable shrouds. Three additional SSDs can be mounted behind the motherboard using the optionally available SSD brackets (GEPH-010). This premium case comes with four stackable hard disk holders that can be installed either in front of the power supply or next to the motherboard. In total, up to ten 3,5" hard drives can be installed - if you make use of the six optional brackets (GEPH-093). Another highlight of the Midi-Tower is the possibility of installing two systems simultaneously. In addition to the (E-)ATX system, a Mini-ITX motherboard can be installed in the top of the case using an optional bracket (GEPH-092). Should a graphics card be installed in this system, a PCIe riser cable is optionally available to enable vertical PCIe slot mounting. A small fan or AiO water cooler can be used as a CPU cooler for the second system. 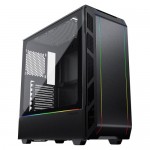 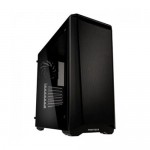 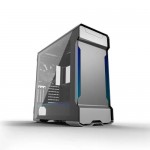 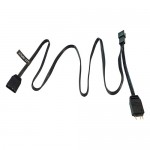 What is the price of Phanteks Enthoo Evolv X ATX Anthracite Grey Case in Bangladesh?