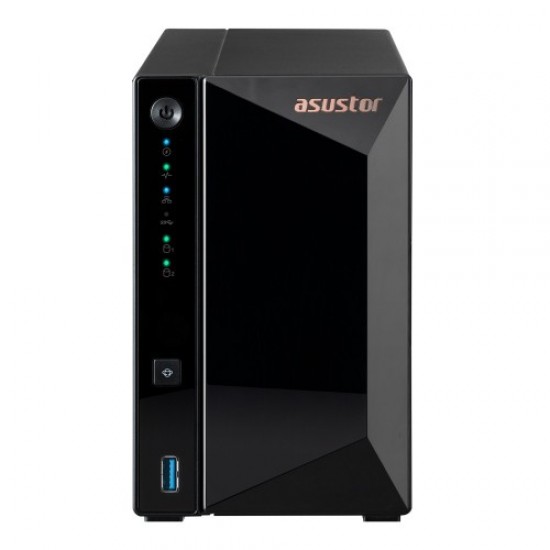 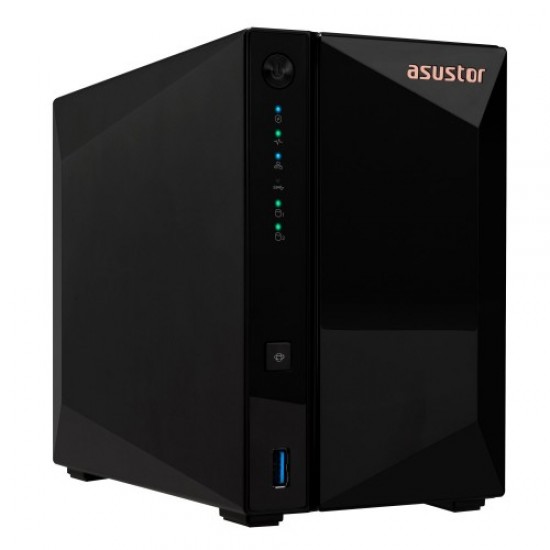 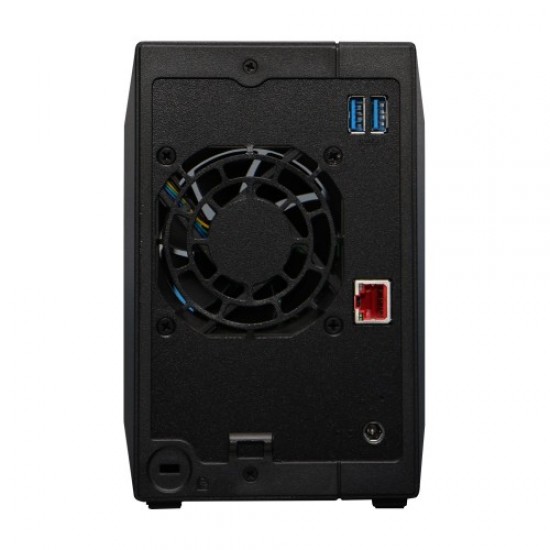 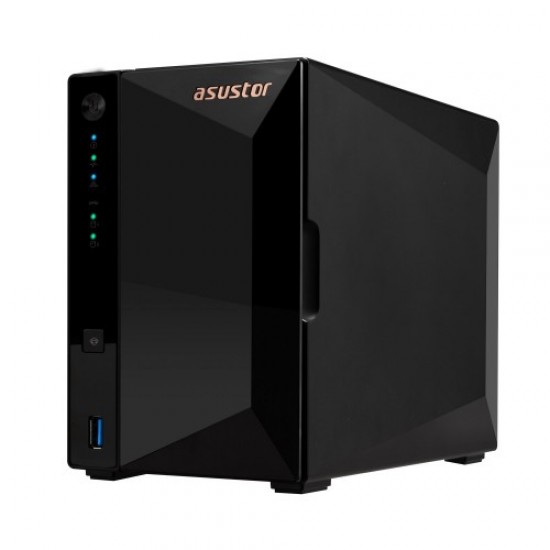 The Asustor DRIVESTOR 2 Pro is equipped with a Realtek RTD1296 1.4GHz Quad-Core 64-bit CPU. Transcode, stream and play multimedia in 4K, transfer files and easily multitask with the Drivestor Pro series. The Drivestor 2 Pro handles multitasking with ease by utilizing its 2 GB of DDR4 memory ensuring that virtually any task on an ASUSTOR NAS is executed smoothly. Transcode 10-bit 4K H.265 media with hardware decoding easily that enables unbelievably smooth video playback in LooksGood. It comes with come with 2 GB of memory. It has 2 drive bays. It is compatible with 3.5" SATA HDD, 2.5" SATA HDD, 2.5" SATA SSD. It supports Maximum Drive Bays with an Expansion Unit of 14. It has a maximum capacity of 36TB. Media Mode is a new feature that efficiently reserves 512 MB of RAM for multimedia tasks as a variety of tasks require large amounts of RAM. With dedicated RAM for multimedia, video playback remains smooth and is not interrupted by other tasks. On the Driverstor Pro series, hot-swapping of hard drives is supported, allowing you to change hard drives easily without powering down the NAS. exFAT is now supported free of charge in ADM 4.0 due to a policy change by Microsoft. The AS33 series devices produce only 19 decibels of noise during system standby, equivalent to the almost inaudible sound of a pin drop. During system operation, only 32 decibels of noise are produced, equivalent to the hushed tones of a quiet library, allowing the AS33 series devices to seamlessly and comfortably integrate into any living environment. The Drivestor 2 Pro comes with the most up-to-date version of ADM to help protect against ransomware attacks. Snapshot Center provides the ability to efficiently create snapshots to protect and easily restore lost data. Other security features found on the Drivestor are the ability to create one or more replacement administrator accounts, a firewall by ADM Defender that features blacklists and whitelists, the ability to change default ports, disable SSH and Terminal to prevent remote attacks. MyArchive cold storage hard drive security can also be increased by implementing AES 256bit encryption.

What is the price of Asustor DRIVESTOR 2 Pro AS3302T 2-Bay NAS in Bangladesh?