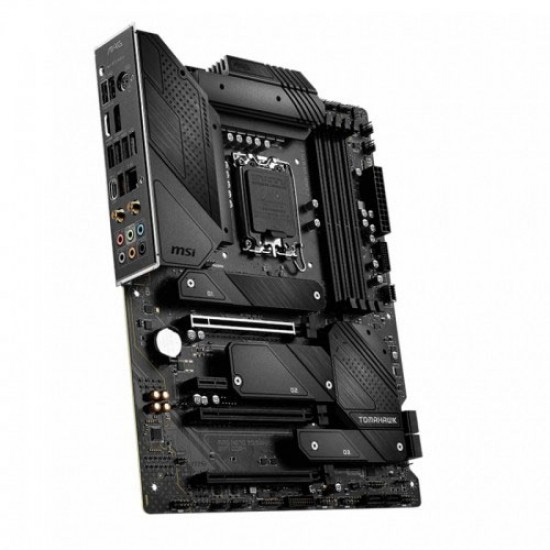 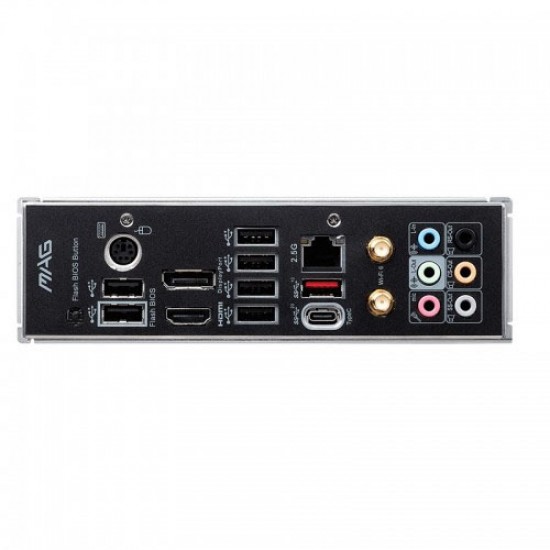 MSI MAG H670 TOMAHAWK WIFI DDR4 12th Gen ATX Motherboard comes with more cores’ processors, thermal and power design is more important to make sure the temperature keeps lower. This MOBO Supports 12th Gen Intel Core, Pentium Gold, and Celeron processors for LGA 1700 socket. It also supports DDR4 Memory, up to 4800+(OC) MHz. It also has a premium Thermal Solution with Extended Heatsink Design and M.2 Shield Frozr which is built for high-performance systems and non-stop works.MSI extended PWM heatsink and enhanced circuit design ensures even high-end Intel CPUs run at full speed with MSI motherboards. MSI motherboards let you manage speeds and temperatures for all your system and CPU fans. Total Fan Control allows you to check your primary system characteristics in a simplified graphical interface. You can also set up to 4 temperature targets for the CPU and motherboard, which will adjust the fan speeds automatically. Part of the motherboards heatsink design, M.2 SHIELD FROZR is the next generation M.2 thermal solution to avoid this by offering the best thermal protection to make sure that SSD maintains maximum performance. FROZR AI COOLING Detects CPU & GPU temperatures and automatically adjusts fan duty of system fans to a proper value by adopting MSI AI ENGINE. It also has DIY 2.0 INTEGRATING WITH THE SYSTEM ENVIRONMENT which connects and synchronizes with MSI coolers and cases with strategically positioned pin-header locations including a dedicated pump-fan header. It is designed to support the most popular All-In-One & customized water cooling solutions on the market. A dedicated water pump PIN header supports up to 3 amp, giving you full control of the water pump speed. A clearly marked ‘keep-out-zone’ allows for easy and safe installation and a perfect fit. These motherboards support all the latest storage standards, which allows users to connect any ultra-fast storage device. Higher efficiency makes your work easier. MSI Lightning Gen 5 PCI-E represents the bandwidth of an x16 interface to 128GB/s, which is double of the speed of the previous generation. MSI motherboards adopted the advanced SMT(Surface Mount Technology) PCI-E slot to diminish interference and electrical noise, fully supporting higher bandwidth and faster transfer speeds of PCI-E 5.0 signal. It also has OPTANE which boosts your HDD to perform like an SSD.

It has 2.5Gbps LAN which provides incredible data transfer speed faster than general Gigabit LAN. This is a premium solution for demanding users. The MSI LAN Manager automatically classifies and prioritizes the latency-sensitive applications for online games, giving you the best online gaming experience with low latency. It also automatically prioritizes games above other applications which allows you to change applications traffic priority and customize bandwidth for each application. The WIFI 6 adopts the latest OFDMA and two-way MU-MIMO technologies and could provide up to 4X network capacity and efficiency in a high signal density environment. Compared to the WIFI 5, which can only send the data packet to one device at a time on each channel, the WIFI 6 could combine the packet, separate it from several devices, and allow signals from the different devices bundled together. 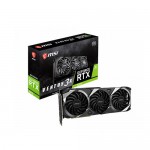 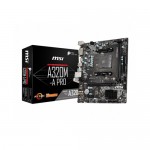 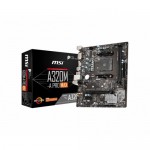 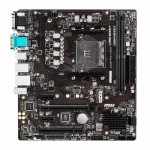